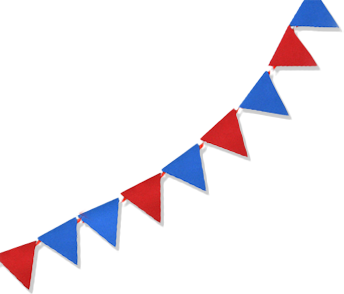 Today, Mark Goucher Productions are delighted to announce The Great British Bake Off Musical will transfer to the West End opening at the Noël Coward Theatre for a limited twelve-week run from 24 February to 13 May 2023. Created in association with Creative Director and Executive Producer Richard McKerrow and the producers of the TV phenomenon, Love Productions, this musical comedy has perfectly reimagined the nation’s favourite baking show into a warm-hearted comedy musical. The Great British Bake Off was co-created by Anna Beattie and Richard McKerrow.

This adrenaline-fuelled, uplifting, funny new British musical which captivated the audiences at the Everyman Theatre in Cheltenham this summer is directed byRachel Kavanaugh (Wind in the Willows, Half a Sixpence). Award winning West End and Broadway star John Owen Jones (Les Misèrables, The Phantom of the Opera) reprises his starring role as Phil Hollinghurst, the esteemed blue-eyed, silver-fox judge.

The Great British Bake Off Musical features an original and clever score, written by multi-award-winning duo Jake Brunger, (book and lyrics) and Pippa Cleary (music and lyrics) critically acclaimed as “one of musical theatre’s most dynamic writing partnerships”.

Inspired by the TV show this showstopper musical follows the amateur bakers as they seek to impress the judges and battle their way to be crowned Star Baker. The audience are taken on a rollicking journey of tap along songs and dance as the bakers face trials, tribulations, and baking failures along the way.

“Working on this new Bake Off musical with Mark, the fantastic team of creatives, cast and crew, has been a brilliant experience and thanks to this dedicated team I really hope we have created a musical that celebrates the spirit of the television show and will bring tears and laughter to a wide audience.”

“Having won over the Cheltenham audience, I’m so thrilled that this talented creative team and cast are getting this opportunity to bring this new musical to the audiences of the West End. If you are a fan of the iconic Great British Bake Off on Channel 4 you will love it, and if you’ve never watched Great British Bake Off, you’ll be sure to tune in after seeing this.”

“I am thrilled to bits that The Great British Bake Off Musical is going to the West End. It is an uplifting, funny, heartfelt story, which will have you singing and dancing out of the theatre with a huge smile. A theatrical sweet treat. Just what we need right now.”

To receive our latest updates and news by email please subscribe to our newsletter.